Sister Madonna is quite the triathlon legend. At 76, she just finished an Ironman, the Ironman World Championship in Kona. She was the last finisher, finishing just a few minutes behind a good friend of mine.

I can't necessarily mess with my friend because I only beat Sister Madonna by 10 minutes or so during my second Ironman (that's right, I beat a 75 year old nun by 10 minutes in an Ironman *race* and I'm damn proud of it too). After I finished that year, I sat next to her and watched the fireworks that happens a little after midnight at Ironman Canada. It was actually pretty special.

Anyway, Sister Madonna was at Ironman Canada too this year and I said hi and everything. She didn't remember me from last year. She had technical issues on her bike and didn't finish, but she's done enough of them. At 76, she's the oldest woman finisher of an Ironman ever.

She's pretty cool and it's a total blessing to see her out on the course. If Sister Madonna can do it, she's 76 years old, yeah your butt can run a mile or seven or run for an hour or longer or swim continuously for 10-15 minutes.

There are three ways to make money on the Web, hosting, referrals, and transactions, and this is the game the big guys play (Google, MSFT, Yahoo!, AOL, IAC).

You make money on the Web by hosting content, people's content that they give you (like email, videos, work products) or content that you create or license. ISPs make money this way by hosting people's web sites, email, files, and other services. You can monetize hosting of this content either via subscriptions, people pay to access that content, or people pay to put stuff on servers you provide.

This is a basic idea, but most (probably the majority) users don't understand the notion of "hosting". It would be great if this was simplified and understood — people inside the industry call it "the cloud" but still hard to grok for most people.

Referrals is advertising either through banners/buttons/text ads or contextual sponsorship within the content itself. The majority of companies make their money here including Google, Yahoo!, Digg.com, etc. Does not need much more explaining except that the big winners here are those who own the ad network and the direct relationship with the individual advertisers. If you're going into this business, you're likely not going to have direct advertisers and you'll need to partner with an ad network like Google, Yahoo, AOL, MSN, or a smaller network (e.g. Double Click, I'd need more examples here).

Transactional business models are less common but includes PayPal and eBay and iTunes where companies take a percentage for the transactions you make. Outside of iTunes, micro-payments haven't made it yet (it may not ever).
—

The number I use for modeling is 300 million for the global general web audience that matters. This is probably considered the active user number but this is the number that's important because this is where you'll generate revenue. For the US market it's 150 million users, remember that we just passed 300 million in total population so we're saying that roughly half of the US is online (which sounds about right).

I think the estimate for total web users world wide is 1 billion, a milestone that was reached last year. Demographics are broken down by country/language but also the "home" and "work" audience. Clickz has numbers if you want to go deeper.

—
Sorry for yet another random thought but I've been thinking about the idea of "user"/"customer". Everyone has their own definition of user/customer. If you have a log-in, is that a user/customer if they signed-in and never come to your site again? Are you a user of a search engine if you visit that search engine once a year or do you have to use it several times a week before being considered a user? The reason I bring it up is, you almost have to be a user/customer of every service out there, at least all the big companies because they're all in their own little networks.

This means that I'm a customer of Microsoft, Yahoo!, Google, AOL, Netscape, WordPress, SixApart, your blog site, Amazon, eBay, YouTube, MySpace, Friendster, etc, etc, etc. Supposedly the magic number is 2. If you have 2 services within a network you're locked in and truly considered a user, a valued one anyway.

Ironman training for me starts this week. My two races are Ironman Arizona and Ironman Canada. My goal time for Ironman Canada is to get in under 12 hours which would be a 2 hour improvement from last year.

The plan is to: a) lose weight now and drop to 175lbs by December by drinking tons of water and eating lots of oatmeal (for real this time), b) run three days a week — an hour two days a week and an hour to two hours one day a week, c) focus on technique for swimming, d) bike when I can e) stretch and get more flexible.

That should do it. Game on.

People tired of reading about my Ironman training should go check out Kara and Sarah.  There are others on the team that have blogs, but these guys write more often and they're good reads.  You should also donate to their fundraising too.

Why is an endurance event with "death" as the marketing ploy so appealing to so many people? So you did a race and you didn't die? I'm not doing either of these races on principle and more importantly the event shirts/jerseys don't look very nice.

We've got a logo. Thanks to the incomparable graphicsguru.

The name browser garage is a company/working name as in browser garage LLC, but possibly will turn into a project/.org name or maybe it sticks for the long haul. It comes from the two things that have made the Web tick, the Web browser and "garage"-type innovation. The name also is a nod to a company Netscape acquired, Web Site Garage who I sat next to at Netscape. It's also a nod to Marcia's Firefox and Thunderbird Garage book, Guy's Garage.com, the famous HP Garage, West Coast Customs (Pimp My Ride), and my Dad's garage which is just full of stuff.

The logo is a garage, of course, and sticking out is a little Mozilla tail. browser garage will only be working on Mozilla technology so nothing for Internet Explorer, sorry. We're like an automotive garage that only wants to work on custom and exotic cars versus fixing up beat up Hondas.

We do have a web site, and we're working on making that pretty. We also have a blog set up there. Pretty takes time. 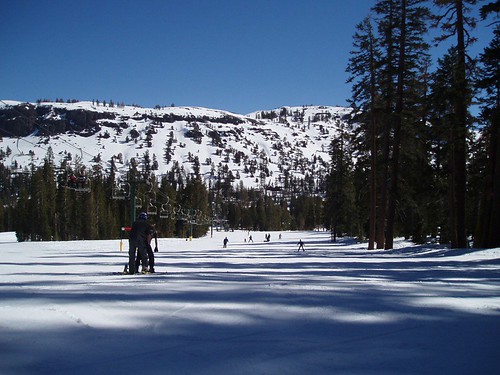