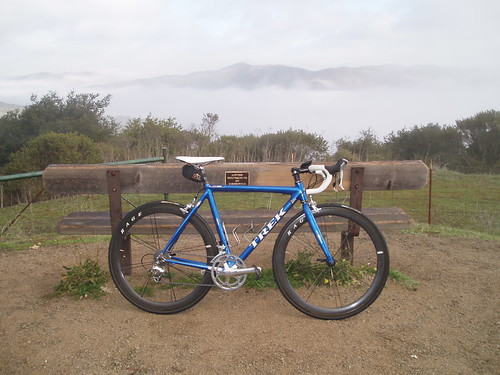 This is the same road bike as below but with my new paint job and lots of stickers removed. Also has the Ritchey Carbon WCS Evolution bar, an X2 Thomson stem, Chris King headset, Fizik Arione seat, titanium water cages. The rest is the same from before, Ultegra double, Bontrager seat post, Aeolus 5.0 wheels, Keo carbon pedals, Mavic computer.

Definitely my dream set-up. Only other upgrades I can think of is to get a Thomson seat post and change out the Ultegra set when that's worn down. I think it looks just as good as the new 2008 Madones. 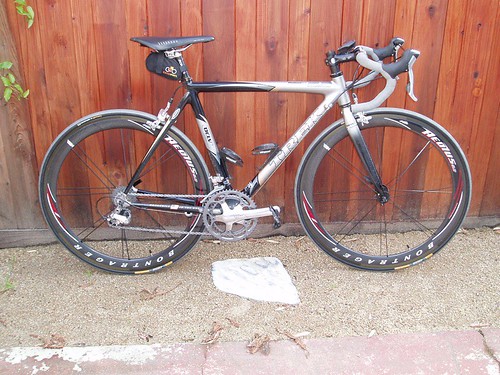 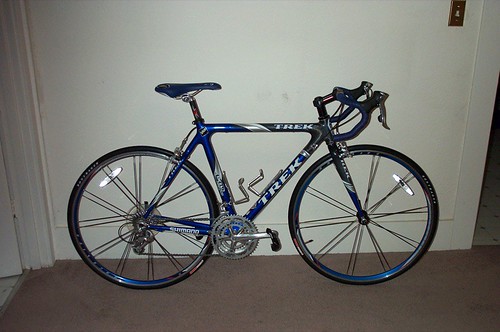 Here's a core workout program, takes about 30 minutes. You can do these in the living room, don't need weights. Just need to be disciplined about doing them. If you do them right, and you do these consistently, you'll be in pretty awesome shape. The cliff notes version i.e. if you have only have time to do some of the workout, just do the squats or lunges and then sit-ups and push-ups.

Core workouts target the torso, or stomach, back, hip/upper thigh area. This is where all the power is in your body.

I quit my gym membership a long time ago because I've been swimming at the local pool and running or biking outside. And then doing these core workouts at home makes that $80 gym membership pretty pointless.

It's party season and some Web 2.0 start-up needs to put Evite out of their misery (maybe it's smokethatass.com, j/k)

1)  Create a click to add to Google Calendar (and Yahoo! Calendar needs to step it up w/ an AJAX version, maybe this is the Zimbra team)

2)  Just make it simple to copy and paste the event information so I can stick it in a blog post or an email or in a calendar.  The mark-up and tables are really messy.

Running downtown into Oakland requires me going down Telegraph or Broadway.

What I've noticed, or thinking:

Clearly, I love Oakland. Probably because, like me, we've got a chip on our shoulder to prove that we're actually not bad. We got a lot more going on than people think.