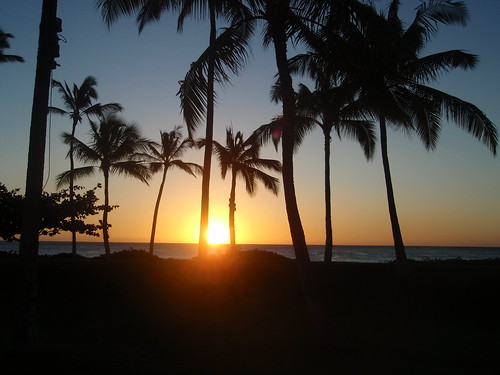 I never liked Oahu until a couple years ago when instead of hanging out in Honolulu, we hung out at Kailua — a more laid back residential area on the East side of Oahu home to Waimanalo, Kailua beach, and the quiet yet famous and well photographed Lanikai beach.

Waikiki was just too much of a tourist trap, trafficky, too busy.  I don't believe there are any hotels in Kailua.  Anyway, we haven't gotten to explore the North Shore, nor much of the west side and central parts of Oahu and still haven't gone surfing so maybe another trip.  But actually, would love to buy rental property in Kailua.  Someday.  I think a trip to the Big Island is next though. 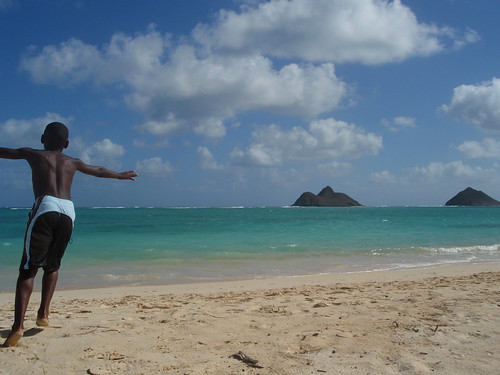 What did we do?

…well not much other than go to the beach and hang out with friends.  Went snorkeling in Hanauma Bay (again!), beach time on Kailua beach, Lanikai beach, and the lagoons over at Ko'olina.  We visited the Thursday Farmer's market and pretended to live in Kailua for a week, going to the grocery store, watching tv, and even doing laundry.  Had my fill of Boots & Kimo macadamia nut pancakes, maladasas, shaved ice, and kona coffee (but did miss out on an acai bowl at Lanikai Juice).  Wasn't able to check out Lis' recommendations for food but that's ok.

Other things we didn't do: surf, kayak to the Mokes, swim to the flat top, kite surf or windsurf which are two popular activities on Kailua.

Did get to finish a couple books and revisited another one.  Wireless access was spotty but enough to check email once in a while and we brought two laptops on vacation (Dell XPS 1330 and MacBook).  Weather was good for most of the week (for November), partly cloudy, scattered rain, with just one day pretty much rained out so we went to the Ala Moana mall and hung out.  Hawaiian airlines was pretty good.

We used Lanikai Beach rentals and we stayed here at the Kailua Beach Vacation Cottage.  The pictures are 100% accurate.  The house is on the corner with the main house where the owners live.  It's about a 50 yard walk to Kailua beach which was pretty crazy nice.

In any case, a trip to Lanikai to hang out at that beach is a must do when visiting Oahu.  It's one of my favorite beaches to visit.